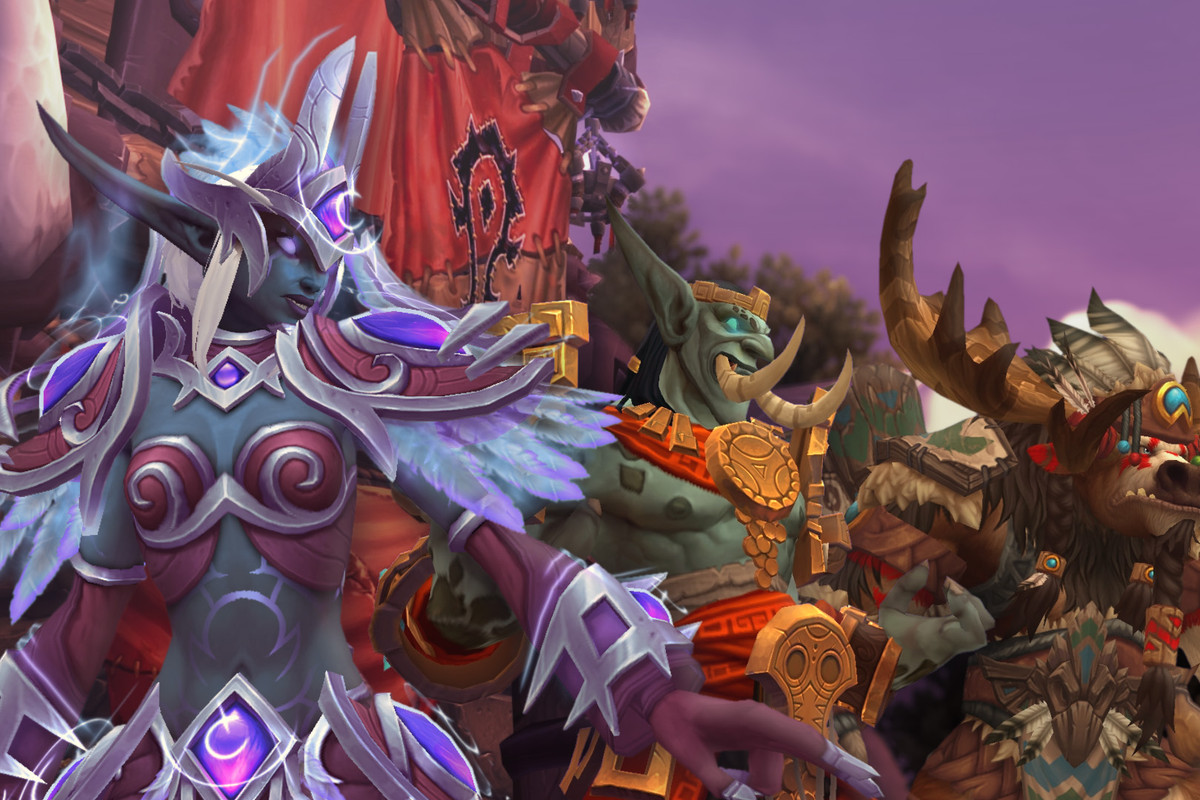 In World of Warcraft’s history, some of the most interesting and controversial moments have been the addition of new races. Up until Battle for Azeroth, races would enter the game with the start of an expansion, and players would work their way up from level 1 in a race-specific starting zone that told the story of their people. Allied Races, a new addition, have dealt with factions and races we’ve helped or met in the past. These characters start at level 20 and currently, work as an endgame reward for longtime players. These Allied Races have joined both the Horde and the Alliance, and are standing with their new faction against the enemy of the other side.

The Allied Races experiment in World of Warcraft has had its hiccups, including the delay of Zandalari and Kul Tiran characters until Patch 8.1.5; despite that, there’s a strong sense of anticipation that comes along with this new system. We don’t have to wait for expansions anymore, and so there’s a sense that anyone could join any faction. The Vulpera have a lot of neat customization options — will they join the Horde? If so, do the Alliance get the Sethrak?

With all of the excitement over new Allied races, I took the opportunity to revisit two of the original additions: the Nightborne and the Void Elves. These two races are, for various reasons, the most controversial of the original additions. I was joined by Steve Burke, senior designer, and Steve Danuser, senior narrative designer, to discuss these two factions and their additions to the Battle for Azeroth.

The Nightborne was one of the most anticipated — and most controversial — Allied Races. Both the Horde and Alliance engage in an end-game campaign over the course of story patches and a raid to liberate the Nightfallen from Elisande and to restore order to the city of Suramar. The Nightborne and their leader Thalyrssa had encounters with both the Horde and Alliance during the course of this story. While the Night Elf leader Tyrande was curt and distrusting of the Nightborne, the Blood Elves welcomed them with open arms. This split was further foreshadowed during the Argus campaign, with the Blood Elves and Nightborne chatting about their values.

“We weren’t surprised that [Alliance players] felt betrayed,” Burke says. “We had the same reaction happen internally here. We had to make a choice, and both sides had very interesting arguments to make. We knew whoever didn’t get the Nightborne would feel a tinge of loss.”

“On the inside, we knew what was coming,” says Danuser. “We knew what the next expansion’s theme was, and that these Allied Races would be recruited to take place in this big war, the likes of which Azeroth hasn’t seen for many, many years. We wanted to show that tensions were so high, and stakes were so high, that the Alliance and Horde weren’t enough. We also knew the Nightborne would have been one of the biggest ‘gets’ for either faction.”

When I ask if we can expect the Nightborne to play a role in Patch 8.2, where the former monarch of their people Queen Azshara returns, both writers pause. “We’re going to be careful with that answer,” says Burke. “Yes, they will be [...] present with the events we have planned for 8.2.”

Danuser elaborates, “The Night Elves and the Nightborne have such a deep history with Queen Azshara. These characters were alive and have history and grudges against Azshara.” While both writers remained coy as to the role of the Nightborne, Danuser mentioned we will see the reactions of both Night Elves and Nightborne to “what Azshara is up to right now,” which is equally vague but very ominous.

Void Elves, the newest Alliance Allied Race, have been one of the most controversial additions yet. The most common critique is that they came out of nowhere, unlike the established races we met during Legion. According to Danuser, this was intentional.

“The Void Elves were a case where we didn’t want the Allied Races to be something you were always familiar with before. We wanted to introduce new ideas, and new opportunities,” Danuser says. With Alleria Windrunner’s story being an internal success on Argus, the team saw it as the opportunity for a new twist on elves. There’s just one question: If they come from a small group of Silvermoon Exiles, how are they an Allied Race? Where do the numbers come from?

“They start out as a small group,” Danuser continues. “But it’s natural as other elves have found out about them — elves who are interested in new sources of magic, power, or opportunities — would see if they could undergo a similar process. They’re not ... recruiting, necessarily, but they’re open to those who show a similar interest.”

The Void Elves’ leader, Magister Umbric, plays a prominent role during the Alliance War Campaign. Throughout the campaign, he is humble, helpful, and even offers to take the blame for a failed mission so the player isn’t inconvenienced. This manner is contrasted with the ways in which he helps, which includes creating void portals that dismantle and consume goblin mechs, or transforming the player biologically so they can infiltrate an enemy settlement. This is a way to show both the good and the bad of the Void Elves: They’re incredibly useful, but their utility comes with immense danger, and it’s stressed that they could snap at any time.

The Void Elves are popular with players, but in the universe of Azeroth, they’re maligned and stick to the shadows. In the Stormwind Cathedral, Void Elves players are either subtly threatened or politely asked to leave. “The Void is a terrible thing,” Danuser says. “It’s corruptive. [Stormwind] has seen people, including [their] own archbishop, turn against [them]. They saw what Deathwing did, and the Twilight cult that followed him. So to have someone presented to you as an ally is a jarring thing, and not everyone’s going to feel comfortable with that.”

Horde players have even more reason to hate and fear the Void Elves. The Void is horribly reactive with their font of holy energy, the Sunwell, and Alleria Windrunner’s visit nearly corrupted it. Horde players on Island Expeditions can encounter the Riftrunners, who are Void Elves nearly consumed by the voices that encourage them to kill and sew chaos.

Both of these races have immense potential for the story of World of Warcraft in the future. The Nightborne have ancient ties to the world, and specifically Queen Azshara, who is set to make her return. The Void Elves, while controversial, also had some fantastic moments in the War Campaign ... and as the Void becomes more important to the story, we’ll likely need their help. Both races also round out the factions nicely. The Nightborne bring more gravitas to the Horde, making the Blood Elves feel more natural in the faction and providing an important counterweight to the Forsaken or Orcs. Meanwhile, the Void Elves give the Alliance a potential dark side that could be explored in future content. As the upcoming war plays out, we’ll likely see both of them come back to the forefront at some point.

Want some golds or coins in WOW with the cheapest prices and fastest delivery, top-secured purchase experience as well? We got the most abundant inventory for most of WOW versions, such as Kronos, Sunwell, Warmane etc in ZZWOW.com Click WOW coins for more information and further consultation!